Statement from the Chairman of the Supervisory Board 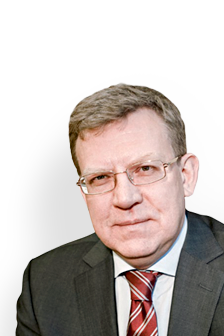 Moscow Exchange is a leader in terms of dividend payments among the world’s largest exchanges; we have increased the size of the dividend payment annually.
Alexey Kudrin, Chairman of the Supervisory Board

2016 was a successful year for the Russian market, with total trading volumes on Moscow Exchange growing by 24% and capitalisation of the equity market increasing by 31%.

The Exchange delivered strong operating and financial results thanks to excellent implementation against our strategy and the management team delivering on all key performance indicators set by the Supervisory Board for 2016, including enhancing the reliability and stability of the Exchange's infrastructure.

The current Supervisory Board comprises high calibre professionals with unique expertise and professional backgrounds, half of whom are independent directors. This underlines the Exchange’s commitment to a high degree of transparency and robust governance.

In 2016, our shareholders approved corporate restructuring of the company through consolidation of MICEX Stock Exchange and MB Technologies, two wholly-owned subsidiaries. The restructuring, which was completed in the fourth quarter of 2016, aimed to optimise the Group's corporate structure, streamline customer relationships with Group companies and reduce costs both for customers and for the company.

The dividend policy employed by any public company is an important factor in determining a company’s appeal to investors. Moscow Exchange is a leader in terms of dividend payments among the world’s largest exchanges; we have increased the size of the dividend payment annually and have exceeded the minimum pay-out ratio set in our dividend policy. 55.1% of the company’s net profit in 2014 was paid in dividends, 58.2% of 2015 net profit was paid and 69.3% of net profit in 2016 was recommended to be paid out.

Moscow Exchange’s share price showed significant growth of approximately one third in 2016, and has more than doubled since IPO. The company’s free float is 62.4%, one of the highest among Russian companies.

Moscow Exchange does a great deal to promote the Russian market and its infrastructure internationally. As part of these efforts, the company hosts annual Exchange Forums in Moscow and the world’s major financial hubs.

One of the Exchange’s priorities is to pro-actively participate in strengthening corporate governance in Russia. In particular, we conduct annual report contests among Russian companies and we support the All-Russian Forum on Corporate Governance, the Forum for Members of Boards of Directors, the OECD-Russia Corporate Governance Roundtable and the Issuer Corporate Governance Index. In 2016, the MOEX IR Academy was opened to provide training for specialists in such areas as investor relations and corporate communications as well as analysts.

I would like to thank all of Moscow Exchange’s shareholders and customers for their confidence and support, and also for effective communication aimed at improving the market infrastructure and development of the Russian financial market.